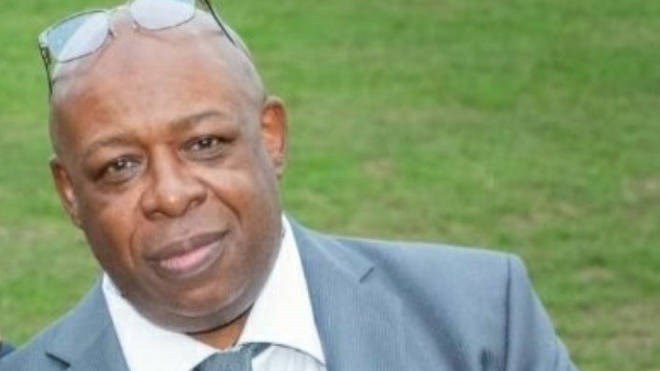 Trevor Belle, 61, died in the Royal London Hospital on April 18, having tested positive for Covid-19. Picture: Go Fund Me

A taxi driver died with Covid-19 after being spat at by a fare-dodger refusing to pay for his £9 journey, according to a family friend.

Trevor Belle, 61, died in the Royal London Hospital on April 18, having tested positive for coronavirus.

Several weeks earlier, the east Londoner had been spat at by a passenger who claimed to have the disease, according to his friend Damian Briggs.

After the incident in Stratford on March 22, Mr Belle began to feel unwell with symptoms of coronavirus before being hospitalised.

The Daily Telegraph reported that during the row over the fare, which he was refusing to pay, the passenger spat at Mr Belle and shouted: “I’ve got the coronavirus and now you’ve got it, too.”

Mr Briggs said: “A few days later he got rushed into hospital, he spent three weeks battling it and unfortunately didn’t make it to the end.”

The new grandfather died three days after his 61st birthday, and his friend added: “It’s devastating that he’s caught it doing his job.”

After his death, Mr Belle’s blood was donated to research into the effects of Covid-19 in people from BAME communities, Mr Briggs said, as he paid tribute to his “die-hard Arsenal supporter” friend.

He described them as “not blood brothers, but we are brothers”.

He said: “He loves the game, he loves Arsenal, he loves supporting to see kids do really well in the game.

“He did a lot of volunteering stuff.

“Best way I can describe Trev is just a jovial person who, as serious as life is, would always find a way to get a smile on your face so you can take your mind off the problem.

“It was very rare you saw something that bothered this guy.

“No matter how bad it was, he always found a way to have a laugh and chuckle.”

Mr Briggs has set up a fundraising page in Mr Belle’s memory in aid of a local grassroots football club, which has already raised over £6,000.