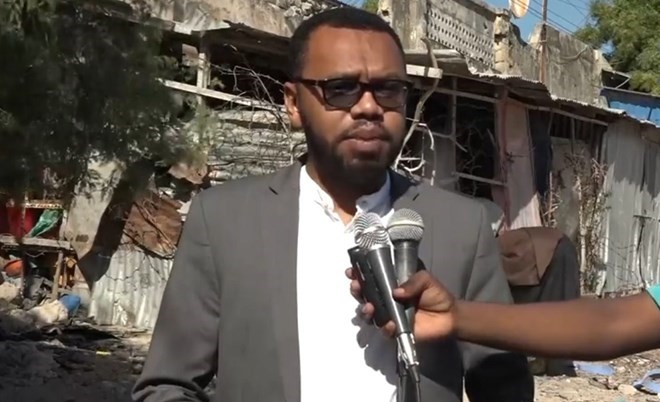 MOGADISHU (HOL) – Three people were killed and three others injured in suicide bombing outside a restaurant in Mogadishu Wednesday afternoon.

Dark plumes of smoke could be seen from the distance as the blast ripped through the area injuring passersby and killing others.

Dhere said among the casualties were four family members. The attack comes barely a week after CCTV cameras along Maka Al Mukarama street were vandalized two months after others were destroyed in the same area.

No group claimed responsibility for today’s attack but the militant group Al-Shabaab has conducted such attacks in the past.