Hamdi Mohamed Farah, 19, was assaulted by group of men, thrown off building in capital
Mogadishu 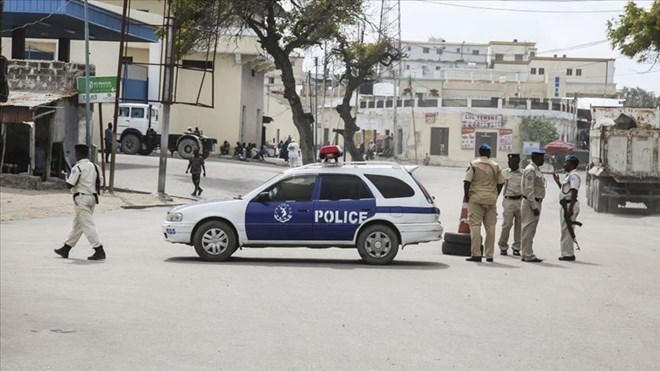 GAROWE, Somalia —At least 11 suspects have been arrested for the gang rape and murder of a 19-year-old woman in Somalia’s capital Mogadishu, authorities said on Tuesday.

Hamdi Mohamed Farah, a student, was raped by a group of men and pushed off a six-floor building in Mogadishu’s Wabari district last Friday.

According to local media reports, the victim was invited to the location by a man she thought of as a friend.

“We have arrested 11 people over the recent rape case in Wabari neighborhood in Mogadishu and efforts to track and identify other suspects are ongoing,” read a police statement.

It said two suspects had been released from custody on a court’s order.

The appalling incident has sparked outrage in Somalia, drawing calls for justice and efforts to stem the rise in sexual violence cases across the country.

“I and other religious leaders are demanding of the government that it should conduct a serious investigation into this rape case – Hamdi and her family need justice,” he said at a news conference in Mogadishu.

Ilyas Ali Hassan, a Somali senator, condemned the increase in cases of sexual violence as “unacceptable” and “shameful.”

“The rising cases of gruesome rape and killing of our young girls and boys is not only unacceptable but shameful. These incidents are heinous and are against our Islamic and human rights law,” he said in a tweet.

“In Somalia, I am alarmed by an increase in reports of sexual violence against women, girls and boys, with minimal investigation,” she said in her global human rights update on Monday.

“I again call on the Somali authorities to swiftly adopt the Sexual Offenses law that was approved by Cabinet two years ago.”

Abdinur Mohamed Ahmed, deputy chief of staff for Somalia’s president, lauded the swift progress in the investigation into Farah’s rape and murder.

“We commend our Somali Police for taking firm action towards delivering justice to our daughter Hamdi Mohamed. 11 suspects arrested for further action. Safety for our women is safety for #Somalia,” he tweeted.

“We shall not entertain sexual violence and related abuses in our country.”

« ICE deportation looms for Minnesota Somalis who may be infected with COVID-19.
Somali American farmer seeks to help others get started »