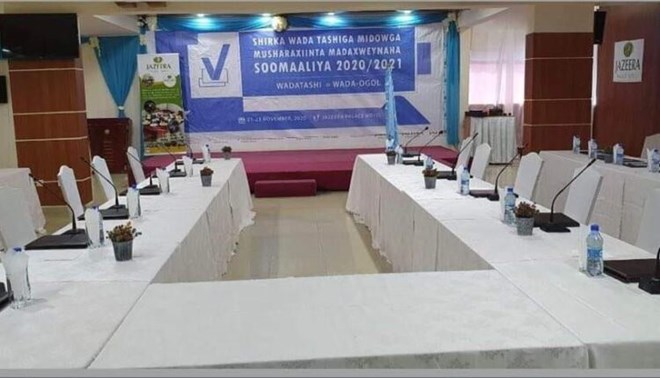 MOGADISHU (HOL) – Twelve opposition presidential candidates have kicked off three days meeting in Mogadishu in which sources said is aimed at finding a common ground on preparations for the upcoming elections.

The meeting comes amid rising concerns from opposition parties and civil society over the composition of the Federal and Stae Level Elections committees.

Several presidential candidates among them Wadajir Party leader Abdirahman Abdishakur arrived in the country in the last two days from Kenya and other parts of the world for the meeting.

The meeting comes about a week after the 12 presidential candidates penned a protest letter against Farmaajo demanding that he withdraws persons he appointed to the Federal Indirect Elections Team (FIET).

A new president is expected to be elected in the first week of February 2021.