Amira Adawe, executive director of the BeautyWell Project, has been working on the issue for a decade. She said getting the federal government involved is a giant step toward curbing use of the products. 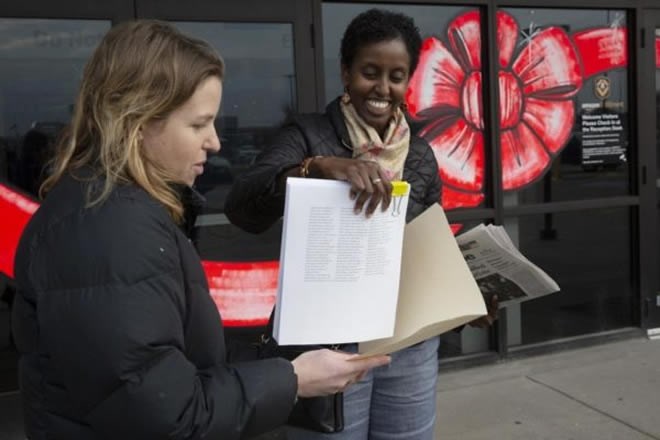 Last week, Rep. Betty McCollum, DFL-St. Paul, added language to an upcoming spending bill that would allocate $1 million to the Food and Drug Administration to do public outreach about the danger of such products. And this week, Rep. Ilhan Omar, DFL-Minneapolis, added language to another spending bill that would grant $1 million to the Centers for Disease Control and Prevention to study health effects of mercury exposure from skin-lightening products.

The House of Representatives approved both measures. The Senate must follow suit in order for the money to be appropriated for the next fiscal year.

The legislative push comes after a year of effort by Amira Adawe to focus the federal government’s attention on skin-lightening products.

Amira, who lives in St. Paul, is executive director of the BeautyWell Project, has been working on the issue for a decade. She said getting the federal government involved is a giant step toward curbing use of the products.

“It establishes this as a federal public health issue,” she said.

Many skin lightening creams contain chemicals like mercury and hydroquinone, which can do long-lasting damage to people who are exposed to them. Products often come from countries in Asia and the Middle East and have been available to buy online and at local culturally specific markets like Hmongtown Marketplace and Karmel Mall.

Amira, who is originally from Somalia, said the issue is personal for her. She recalls seeing friends and family members using the products when she was growing up in Somalia and Kenya, as well as here in the U.S.

“I could see externally how it was impacting them,” she said. “It actually gives them discoloration, and their skin becomes so damaged.”

Worse yet, she said, is the neurological damage that mercury exposure can cause, especially in early childhood if pregnant mothers are exposed.

The attraction of skin-lightening is a legacy of colonialism in all of these countries, in which lighter skin is associated with economic well-being, she said.

Ilhan also touched on these issues in a prepared statement, condemning skin-lightening products for promoting lighter skin as “more beautiful.”

“This harmful narrative has caused many women to use products that have damaging health effects,” Ilhan said. “It is important for us to not only condemn this messaging, but also understand the effects caused by these products.”

The FDA technically already regulates the toxicity of skin-lightening products, but does a poor job doing so, according to advocates.

This is mainly because the agency gets about $28 million each year to regulate a cosmetic industry that does $50 billion worth of business in the U.S. annually, said Bill Harper, McCollum’s chief of staff.

“It’s an absurdity, so essentially there is no regulation,” Harper said.

Apart from adding FDA funding to tackle the issue, McCollum also added language to the bill encouraging the agency to work with the National Institutes of Health to study health effects of the products.

Amira and other advocates were previously successful in getting the state to address the issue. Last year, the legislature approved $200,000 for similar public education outreach on the subject. The Minnesota Department of Health also has conducted studies connecting high mercury levels in Hmong and Somali populations to the use of skin lightening products. The BeautyWell Project, along with the local branch of the Sierra Club, also successfully got Amazon to pull sales of 14 skin lightening products with high levels of mercury last year.