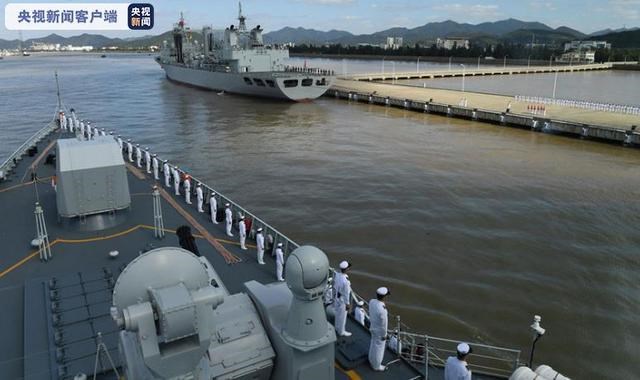 Chinese Navy’s naval task group returned to the port city of Zhoushan in east China’s Zhejiang Province on 14th October after completing its mission of escorting civilian vessels in the Gulf of Aden and waters off Somalia.

The 35th escort squad of the Chinese People’s Liberation Army (PLA) Navy, comprising the guided-missile destroyer Taiyuan, the missile frigate Jingzhou and the supply ship Chaohu, escorted 49 Chinese and foreign ships during the mission. The fleet set sail from Zhoushan on April 28.

The escort squad travelled over 100,000 nautical miles during its 170-day voyage without reaching a port for rest, setting a new record for the PLA Navy fleet for continuous operation time at sea.

China began dispatching naval ships to carry out vessel protection operations in the Gulf of Aden and the waters off Somalia in December 2008.