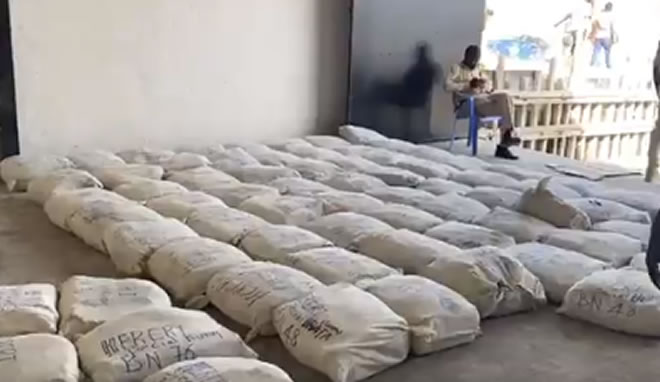 MOGADISHU (HOL) – Ethiopia has been cleared by Somali Government to bring in khat, a senior official close to the leadership of Aden Adde Airport has said dispelling claims the import of the leafy stimulant today was illegal.

The official who declined to be named since he’s not authorized to speak to the media told HOL today’s consignment of khat imported by National Airways was not in violation of regulations.

Kenya, the official however said, remains banned from exporting khat to Somalia. He added that the consignment from Ethiopia Saturday which is the first since the ban on khat imports in mid March had been cleared by the Federal Government and that it was subjected to respective taxes.

Somalis online questioned the rationale for allowing Ethiopia to export khat to Somalia in light of existing ban. But the airport official said the Federal Government had earlier okayed the imports but did not indicate when the decision was taken.

Kenyan khat traders have variously protested the continued restrictions from Mogadishu and even petitioned the national Government to intervene. A low level delegation from Nairobi travelled to Mogadishu in August to seek the lifting of the ban but the Federal Government stood ground.

Sour relations between Mogadishu and Nairobi have had a hand in the khat ban and the current political situation in Somalia could further keep Kenyan khat at bay.

Added to ongoing disputes between the two countries is the recent forays by former Prime Minister Hassan Khaire who is now a political rival of President Mohamed Farmaajo into Kenya. Khaire has been seen and perceived to be seeking Kenya’s support for a stab at the presidency handing Farmaajo another reason to frustrate Kenya’s access to the Somali market.

The clearance of Ethiopian khat could however ease the smuggling of khat from Kenya since the commodity will now be available in the market.