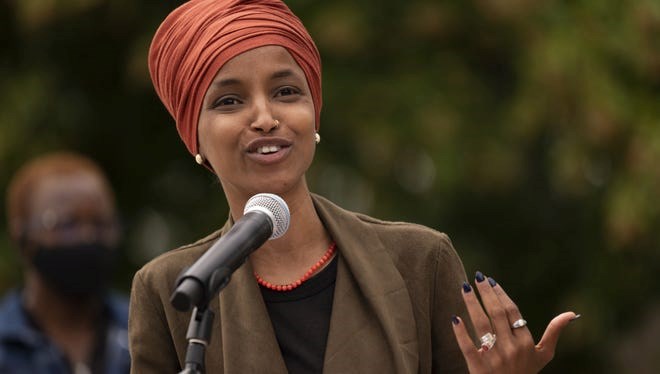 Project Veritas, a right-wing organization led by James O’Keefe, published a video on Sept. 27 that purports to contain proof that Democratic Rep. Ilhan Omar is linked to a “cash for ballots voter fraud scheme.”

The 17-minute video relies on unnamed sources, covert footage and uncorroborated translations from Somali to English to allege that canvassers for Omar and for City Council candidate Jamal Osman paid for votes in a recent election.

Omar defeated her primary challenger, Antone Melton-Meaux, on Aug. 11, with more than 60% of the vote.

There is no actual proof of fraud or any relationship between individuals in the video and Omar or her campaign.

And President Donald Trump repeatedly shared references to the video on Twitter and during a rally in Duluth, Minnesota, on Sept. 30.

DC Draino and the White House did not respond to requests for comment.

Jered Ede, the chief legal officer for Project Veritas, wrote in an email to USA TODAY that the video is “true.”

“Frankly, we would be thrilled if it were proven that Representative Ilhan Omar were not in fact involved in an illegal vote buying and ballot harvesting scheme, but her deflection characterized as a denial does nothing to refute the statements of the witnesses themselves,” he wrote.

Project Veritas describes Omar Jamal, the chairman of the Somali Watchdog Group, as its “central source.”

There is little proof the Somali Watchdog Group, of which Jamal is labeled the chairman,  exists. Its website lists Jamal as the sole member, and its domain was not registered until Aug. 17, per Snopes.

Jamal was convicted of lying to immigration officials in 2005, per MPR News.

On Oct. 1, the Sahan Journal reported that Jamal had backtracked on some of his claims in an interview with Somali American TV. Specifically, Jamal said he had never met anyone who received cash for a ballot.

Ede wrote that Project Veritas is seeking a retraction from Sahan Journal and criticized its translations of the interview Jamal gave to Somali American TV.

Ede also said Project Veritas asked Jamal to corroborate its previous findings about Omar. He admitted that Jamal, at times, was unaware he was being filmed — but maintained this is normal for an “undercover journalist organization” and “does not affect the veracity of the story we published.”

Apart from the word of Jamal and video footage of one other unnamed source, whose claims are unsubstantiated, there is no link between Rep. Ilhan Omar and the allegations. alleged fraud.

Jeremy Slevin, a spokesperson for the congresswoman, said there’s “zero” truth to the story, adding that the claim is an attempt to cast doubt on the upcoming election.

“Amplifying a coordinated right-wing campaign to delegitimize a free and fair election this fall undermines our democracy,” he said in a statement to the Minneapolis StarTribune.

Snapchat clips of Liban Mohamed that show him collecting dozens of absentee ballots are included in the Project Veritas video. But Slevin also confirmed to the StarTribune that Mohamed has never worked or volunteered for the congresswoman’s campaign.

Ede wrote to USA TODAY that Omar has “not provided any direct rebuttal of anything said by the witnesses who risked their lives to bring this story to light.”

“When she says there is ‘zero’ truth to these witnesses stories, make no mistake, she calls her own voters liars,” Ede wrote.

The other candidate implicated in the video, candidate Jamal Osman — brother of Mohamed — also denied the allegations on his Facebook.

“Throughout my campaign, I let my staff, volunteers and supporters know my values including the type of race I wanted to run,” Osman wrote. “I stated publicly the importance to run a positive and ethical campaign. I condemn behavior that contradicts these values. That is why I also condemn the continued attacks on the integrity of the East-African immigrant community in Minneapolis.”

Footage raises more questions than it answers, some taken out of context

Unknowns in the Project Veritas footage include the accuracy of the translations between Somali and English, the questions asked and the way the clips were edited.

Most of the sources are anonymous, and their faces are blurred or left out of the camera frame.

Ede wrote that Project Veritas “does not disclose its confidential sources or the names of the confidential informants who participated in their investigations.” He wrote that the videos were “translated by numerous court-certified translators — often multiple times to ensure accuracy,” including up to eight translators, and were only edited for “clarity and grammar.”

Ballot harvesting — the practice of collecting and returning completed ballots for others — is legal in dozens of states, per the National Conference of State Legislatures. Some states specify a limit on the number of ballots one individual may collect and return.

On July 28, a district court struck down Minnesota’s three-ballot limit. Another court reinstated the state’s limit on Sept. 4.

If the activities Mohamed shared on Snapchat occurred between the rulings, they may have been legal. Voters could cast their ballots in the primary anytime between June 26 and Aug. 11, per the Minnesota Secretary of State.

It all depends when the Snapchats were filmed, which is impossible to verify based on the videos. Project Veritas claims, without proof, that they were on July 1 and July 2.

The only timestamps on the Mohamed videos show that they were made 23 and 21 hours before they were screen-recorded from Snapchat; they do not indicate on which date they were made.

Ede wrote that Project Veritas “obtained these videos from sources weeks before the July 28 district court ruling, with evidence showing these videos were posted on or around July 1 and July 2,” but declined to disclose more about its sources.

Researchers claim video is part of a ‘coordinated disinformation campaign’

On Sept. 29, researchers at Stanford University and the University of Washington concluded that the video’s rollout suggests it was part of a “coordinated disinformation campaign,” they write at the Election Integrity Project site.

“It’s a great example of what a coordinated disinformation campaign looks like: pre-seeding the ground and then simultaneously hitting from a bunch of different accounts at once,” Alex Stamos, a researcher at the Stanford Internet Observatory, told the New York Times.

Ede wrote that Project Veritas has demanded the researchers retract their post, which he said gets “virtually nothing right” and has “no basis in reality.”

“The report’s assumptions and conclusions are undeniably false,” he added. 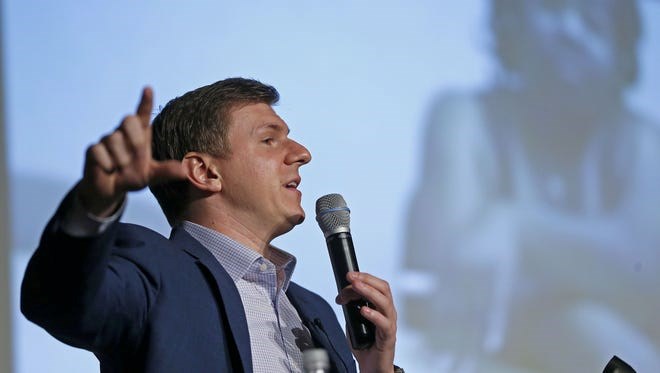 Project Veritas has attracted skepticism for its tactics in the past, including selective editing and undercover reporting.

In 2010, O’Keefe — its founder — was convicted of a misdemeanor for assuming a false identity to enter a federal building, per The Hill.

In 2017, a woman linked to Project Veritas encouraged the Washington Post to publishing a false sexual assault allegation against Senate candidate Roy Moore, a Republican from Alabama.

Ede claims that the arrest was an “abuse of power,” and said that Project Veritas was simply trying to “initiate a conversation” with the Washington Post.

Based on our research, the claim that Project Veritas discovered a voter fraud scheme connected to Rep. Ilhan Omar is FALSE. There are many aspects that are impossible to corroborate, given the use of unnamed sources and unverifiable translations, and the “central source” behind the video backtracked on some of his claims after publication. There’s no link between Omar and the alleged fraud, and the scenario in the video is implausible based on the evidence provided. Researchers have also termed the videos part of a “coordinated disinformation campaign.”