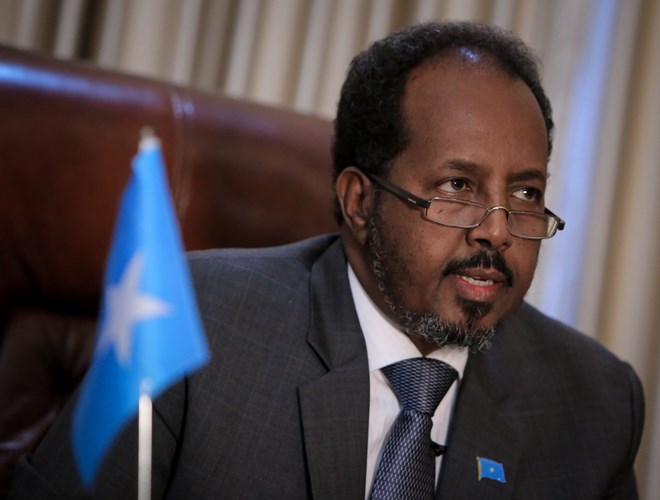 Mogadishu (HOL) – Former Somali President Hassan Sheikh Mohamud went into a stinging tirade against the Director of the nation’s Somali intelligence agency on Saturday for overstepping in his role his political meddling. He warned that his actions are putting Somalia’s fragile institutions at risk.

In his strongest public rebuke of the intelligence to date, the former Prime Minister told an audience during a Q&A session that Fahad Yasin is destroying politics.

“Fahad Yasin is the owner of this government. He ruined the office of the presidency when he became the chief of staff at Villa Somalia. He also poisoned the security sector by disbanding the soldiers and the intelligence community. Now, he is destroying our political systems. We told him privately, but now we are saying it publicly. We must understand that he is on a path of disaster, and we reject this.”

The blistering comments come as Hassan Sheikh Mohamud joined eleven other presidential hopefuls on Saturday to discuss the eligibility of the Federal and State Level Elections committees.

The parties accuse president Mohamed Farmaajo and Federal Member State presidents of appointing civil servants, intelligence officials and cronies to the committee in a bid to manipulate the upcoming elections.

Hassan Sheikh Mohamud and Fahad Yasin have a personal relationship. Yasin worked as Mohamud’s close adviser early in his presidency and widely credited as the architect of his successful presidential election campaign in 2012.

The pair last met publicly in an eye-brow raising meeting in Mogadishu in late August. Mohamud defended the meeting at the time as a “courtesy call”.

Federal MPs are expected to elect a president in the first week of February 2021.