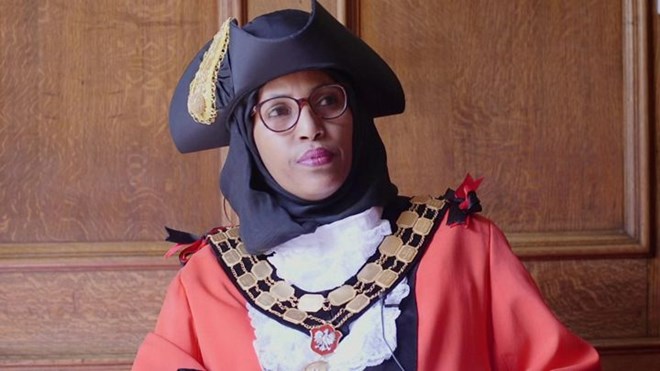 The UK’s first Somali-born woman to become mayor claims she was ignored by the Town Hall leadership as she gave her reasons for quitting the Labour Party.

Councillor Rakhia Ismail announced she had resigned from the party after she gave an emotional speech at the full council meeting last month.

This week, she said she had been “prolonging the decision because I was convincing myself it was going to get better”.

Islington last week launched an inquiry investigating the link between high exclusion rates in the borough and young people being drawn into crime and violence.

But Ms Ismail said: “I have been talking about knife crime since 2015. Mothers have come crying to me. I remember more than 20 mothers came cramped into a nail parlour talking about either their son who had died, or their son in prison or their son doing county lines.

“I spoke up and kept persisting, but I was totally ignored. What I was saying was not good enough for their image of themselves whilst hundreds of young people are dying or in prison.”

Cllr Ismail also said she was upset by the decision by the council not to organise an event to mark the major Muslim festival of Eid last year.

“Sometimes it felt like I was in [North] Korea.”

Before her resignation, she had already hit out at London Mayor Sadiq Khan for what she felt was an inadequate response to youth crime murders.

She was among a group of Somali community leaders who gathered outside City Hall yesterday (Thursday) in an attempt to raise the issue again.

Earlier in the week, she made similar comments on a phone-in on LBC during which Labour Party leader Sir Keir Starmer was taking questions. He responded by offering to meet her.

A spokesperson for Islington Labour Party said: “We are deeply saddened by Cllr Ismail’s decision to resign from the Labour Party. Rakhia has served our borough and the wider community admirably, both as Mayor and as a councillor.

“As a group, we take all allegations of racism and discrimination incredibly seriously, and our procedures are in place to give members course for redress if needed.

“While we are saddened that Rakhia has taken such a step, the allegations she has made were not pertaining to new or recent events. They had already been investigated and resolved in line with group procedures. Cllr Ismail attended a number of meetings as part of this process and many steps were made to support her in her role as a Labour Councillor.”

They added: “Islington Labour is committed to making the borough a fairer and more equal place to live. We are proud that we have an incredibly diverse Labour Group and Council Executive representing Islington’s fantastic diversity and we are determined to continue fighting racism in all its forms.”