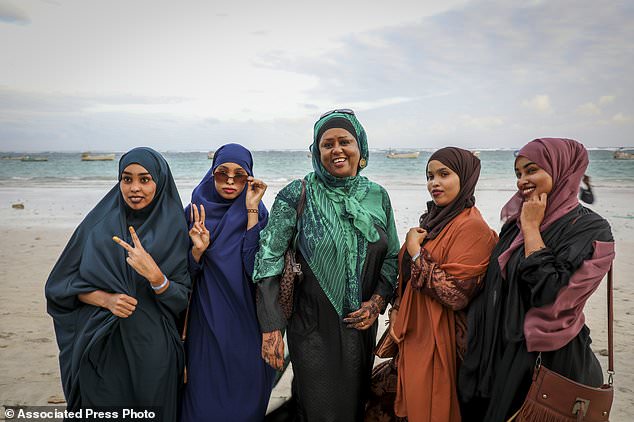 MOGADISHU, Somalia (AP) – The woman who broke barriers as the first female foreign minister and deputy prime minister in culturally conservative Somalia now aims for the country’s top office as the Horn of Africa nation moves toward a long-delayed presidential election.

Parliament member Fawzia Yusuf H. Adam is well aware of the challenges in winning votes in a nation where women often remain marginalized. In an interview with The Associated Press, she described the struggle of leading a foreign ministry staff that was overwhelmingly male.

“They were very reluctant to collaborate with me just because I am a female,” she said.

Even as more educated women return to Somalia from the large diaspora to help rebuild the country after three decades of conflict, attitudes toward Adam´s run for office are mostly skeptical, if sympathetic. Even friends and colleagues see her chances as next to impossible because of her gender.

“She´s good, but unfortunately she´s a woman,” said Abdiwahid Mohamed Adam, a doctor at Mogadishu Memorial Hospital. Complicating her bid, he said, is the fact that Adam comes from the breakaway region of Somaliland, a comparatively stable area in the north that has sought international recognition as an independent country for years.

But the soft-spoken Adam, a widow and mother of three, said she believes her run for the presidency is worthwhile, not futile, on several levels, while the timing of the election has been pushed back once again amid political tensions from mid-October toward the end of the year. 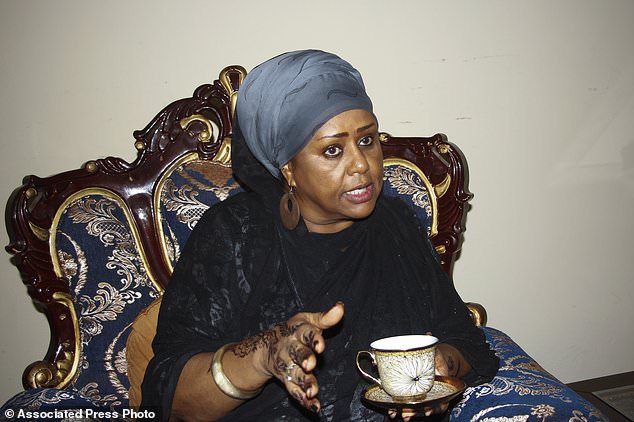 “I want to break this barrier against women, so that in the near future many others will have the courage to run and even win,” she said, adding that it´s time to fight for the rights of women.

Somalia’s years of insecurity marked by devastating attacks by the al-Qaida-linked al-Shabab extremist group also have driven Adam to run. “There was mayhem in this country for the past 30 years,” she said. “Young people are dying like flies, killing each other, exploding themselves, killing other people.”

Like others across Somalia, she has watched as the insecurity weakened the country´s foundation. High unemployment, poor education and one of the world´s least-equipped health systems are all a result. Corruption and political squabbling haven´t helped.

“I thought a woman may be what this country needs, the leadership of a woman, to bring peace and stability,” Adam said.

Her presidential campaign has been relatively low-profile because of the insecurity and the COVID-19 pandemic. Instead of holding large public rallies, Adam prefers smaller indoor gatherings. “This could be less expensive but less effective as well,” said Liban Abdullahi Farah, a political analyst in the capital, Mogadishu.

Unlike many other candidates and everyday people in Somalia, where face masks are hardly seen despite having one of the highest COVID-19 case fatality rates in Africa, Adam says she takes the pandemic seriously and speaks bluntly about its dangers after seeing several friends die.

“I keep giving advice on this pandemic, particularly how badly it impacts women and the poorest of them,” she said. “We don´t have a good health system to deal with this phenomenon.”

Women in Somalia have been especially hard hit by the virus, Adam said, both physically and economically.

“I personally took my two vaccinations, many people did, but many poor people in the camps, the internally displaced people, the very poor, vulnerable people do not have that chance,” she said. “What I am hoping is to win this election. (The pandemic) will be one of my priorities, because we don´t want to lose more people.”

At the country´s coronavirus treatment center in the capital, deputy director Abdirahim Omar Amin told the AP that “very many women have been infected” by COVID-19. Health ministry data, however, show that men represent more than 70% of confirmed cases in Somalia.

“The people themselves do not have the awareness, or they are in a state of denial, calling it `just heartburn´ and stay at home, and the person is brought here when it is too late,” he said.

Among the women Adam hopes to help if elected president is Fatuma Mohamed, one of the hundreds of thousands of people living in camps in Mogadishu after being displaced by insecurity or climate shocks like drought.

Mohamed said her husband died of COVID-19, while she survived. Now she struggles to raise two young children, earning money by doing laundry when she can.

“This disease has devastated us, it killed my mother and my husband,” she said. “I have not seen anyone offering me a helping hand. I struggle all alone.”

Adam´s path in life has been far different. Married to a general, she first entered politics in her hometown of Hargeisa in Somaliland years ago but fled to Mogadishu, saying local politicians saw her as a threat. She later started a political party, the National Democratic Party, and rose to some of the country´s highest offices.

Now, in pursuit of the presidency, Adam has Somaliland in mind as part of her ambitions.

“If I am elected, I am sure I could reunite my country as I belong to both sides, the north and south,” she said, “and I believe that I am the only person who´s capable of doing that as I already made a plan for the unification.”

If her candidacy fails, she said, she aims to become prime minister, adding “I would always advise whoever wins the presidency.”