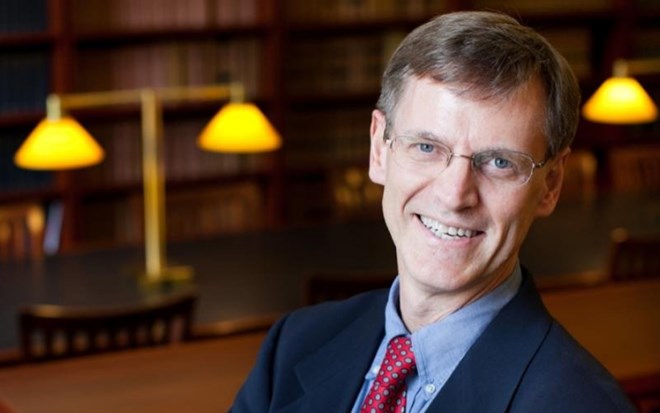 A former judge of an international tribunal and a law lecturer in the UK are part of a team of eight hired to defend Kenya in a maritime dispute filed by Somalia.

Prof Sean Murphy of George Washington School of Law will be leading the team alongside Justice Tullion Treves, a a former judge at the International Tribunal of the Law of the Sea. Justice Treves also appeared before the International Court of Justice (ICJ) in a similar case pitting Peru versus Chile.

Prof Phoebe Okowa, lecturer of International Law at the Queen Mary University in London is the only Kenyan. She was a part of a maritime case filed by Gambia against Myanmar. She is an alumnus of the University of Nairobi where she graduated with First Class honours.

Also in the team is Prof Makane Mbengue, a Senegalese, who teaches international law at the University of Geneva. He too has litigated before the ICJ, including representing the African Union in the advisory on the Legal Consequences on the Separation of the Chagos Archipelago from Mauritius in 1965. He will be the team coordinator.

From the same university (Geneva) is Prof Laurence Boisson De Chazournes who is also an international law expert. She holds two nationalities – Swiss and French.

Another member of the team is Christian Tams, a professor at Gasglow University. The German national will give her expertise, having appeared before the same court in different cases.

Kenya has also taken Eran Sthoeger from Israel. He too participated in Peru’s case against Chile.
Also on the list is President of Sovereign Geographic Coalter Lathrop. He will offer cartographic and legal assistance to Kenya’s team in land and maritime boundary delimitation.

Kenya’s maritime area is approximately 255,000km, which was determined through parallel of latitudes in 1979. Somalia recognised Kenya’s claim to the EEZ for 35 years.

However, in 2014, the Horn of African country filed a case before the International Court of Justice. The dispute was filed by Somalia’s Foreign Affairs and Investment Promotion Minister, Abdirahman Dualeh, on August 28, 2014, on behalf of his government.

The point of disagreement between Kenya and Somalia is the nature of the line of the maritime boundary.

Somalia asserts a centre line from the Kenya/Somalia land boundary terminus but Kenya insists on a straight line. Somalia’s central line carves out a triangle of the maritime area currently occupied by Kenya and where four oil blocks are located.

In 2019, Somalia floated for auction minerals within Kenya’s territorial waters alongside the four contested oil blocks.

A document named ‘Offshore Somalia 2019’ and leaked from Somalia’s Ministry of Petroleum and Mineral Resources showed five oil blocks in Lamu are a part of those Somalia has floated to investors.

The document detailed a plan, with January 1, 2020 as the date the successful bidder would start exploration.

“The exploration block map is ready. The area of each block is maximum 5,000 Km square and represents one PSA,” the document reads.

It emerged Somaila had also reached out to firms that had cut ties with it to restart their exploration activities. Some expressed willingness.

The document showed prior to the breakdown of Somalia in 1991, giant International Oil Companies (IOCs) had taken possession of large acreage of its onshore territory, with exploration having started and 40 oil wells drilled.

Interestingly, Somalia officials, while offering tenders for hydrocarbon exploration in February 2019 in London, were quick to inform bidders that previously gathered seismic data was incorrect due to use of wrong geologic models.