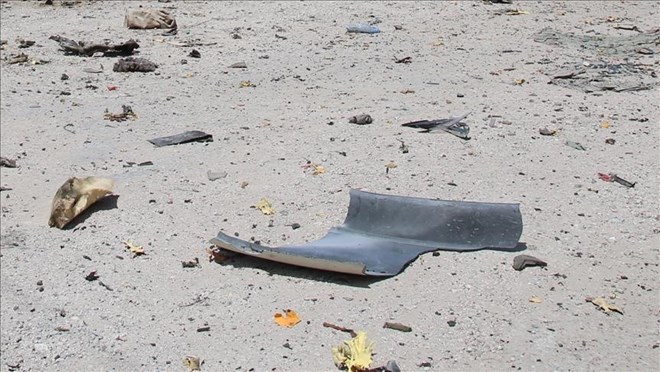 MOGADISHU, Somalia – At least two people including a police officer were killed and seven others wounded on Monday in a landmine explosion targeting a vehicle carrying police officers in Somalia’s capital, an official said.

The attack, claimed by terrorist group al-Shabaab, took place in Mogadishu’s Dharkinley district, according to Abukar Isack, a local police officer who spoke to Anadolu Agency over the phone.

“The attack was a landmine explosion,” he said, confirming the casualties.

The vehicle targeted was carrying police officers, including a district police commissioner, but he escaped unhurt, Isack added.

Earlier, another police officer told Anadolu Agency over the phone that when the vehicle, carrying Kahda district police officials traveling to Dharkinley, was hit by the explosion, two civilians were among the wounded.

He added that three people sustained life-threatening wounds from the attack and were taken to the hospital for treatment.

Al-Shabaab claimed responsibility for the attack via the internet, saying that it had killed two soldiers and wounded seven others.

The terrorist group has carried out numerous attacks in Somalia over the years, including a 2017 truck bomb blast in Mogadishu which killed at least 300 people.