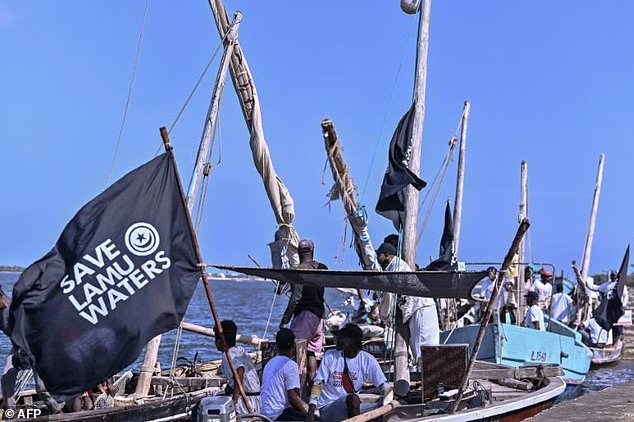 For Kenya, redefining the maritime border along Somalia’s claim would cut into fertile fishing grounds, particularly around the Lamu archipelago

Somalia and Kenya have been feuding for years over a triangular area of the Indian Ocean that is believed to hold deposits of oil and gas.

The International Court of Justice (ICJ) is due to rule on their border dispute on Tuesday.

The two sides disagree over the direction the maritime boundary should take from the point where their frontiers meet at the coast.

Somalia, which initiated arbitration in The Hague, argues the marine boundary should follow the line of its land border and thus head towards the southeast.

Kenya says its border heads out to sea in a straight line east.

Nairobi says it has exercised sovereignty over the contested area since 1979, when Kenya proclaimed the limits of its exclusive economic zone (EEZ).

The EEZ is a marine territory extending up to 200 nautical miles (370 kilometres) offshore where a state has the right to exploit resources.

Riches as well as sovereignty are at stake.

It is believed an oil and gas bonanza lies beneath the disputed 100,000-square-kilometre (38,000-square-mile) swathe of ocean. Nairobi has granted exploration permits to Italian energy giant ENI but the Somalis are contesting the move.

For Kenya, redefining the border along Somalia’s claim would also cut into fertile fishing grounds, particularly around the Lamu archipelago.

The two countries agreed in 2009 to settle their dispute through bilateral negotiations.

Two meetings were held in 2014, but little progress made. A third round that same year fell through when the Kenyan delegation failed to show up without informing their counterparts, later citing security concerns.

Somalia referred the matter to the ICJ in August 2014, citing a collapse in diplomatic efforts to solve the spat.

Kenya challenged the ICJ’s authority to rule, arguing that arbitration could only take place once the negotiation process was complete.

The ICJ asserted jurisdiction in February 2017. Hearings were scheduled for September 2019 but postponed three times before being set for March 2021.

Kenya then announced it would not participate in the hearings, and just days before the ICJ verdict the foreign ministry said it did not recognise the tribunal’s “compulsory jurisdiction.”

The dispute has added to ructions in ties between the neighbours.

Kenya recalled its ambassador in Mogadishu in early 2019 after accusing Somalia of auctioning off oil and gas blocks in the contested area.

It described the move as an “illegal grab” at resources, and reminded Somalia of Kenya’s help in the battle against Al-Shabaab jihadists. 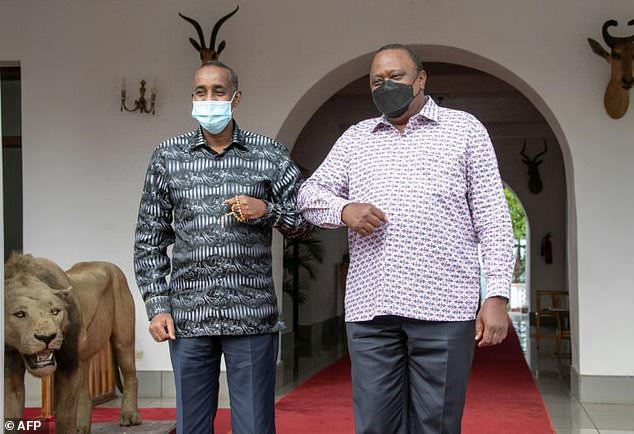 Kenya is a major contributor of troops to AMISOM, an African Union military operation against the Al-Qaeda-linked fighters waging a violent insurgency across Somalia.

Mogadishu rejected suggestions that it had auctioned off permits, pledging not to do so until the ICJ had delivered its ruling.

But Somalia then severed ties in December 2020 after Kenya hosted the leadership of Somaliland, a breakaway state not recognised by Mogadishu.