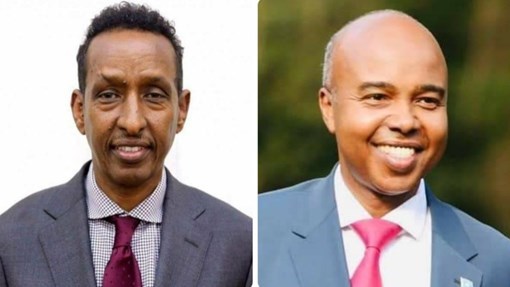 MOGADISHU (HOL) – Somalia’s Prime Minister Mohamed Roble has kicked out his Foreign Minister Ahmed Awad hours after the Ministry posted a statement on Twitter stating the country’s position on the ongoing g conflict in Ethiopia.

He added the immediate former minister was subsequently appointed an ambassador but did not state to which country.

The Minister did not however make reference to the statement. Barely an hour after the statement appeared on the Ministry of Foreign Affairs Twitter handle, it was pulled down and followed by the Minister’s remarks on his personal twitter account dismissing the statement.

But it now appears the statement may have sealed Awad’s fate.

In the statement, the Ministry said ‘Somalia calls for amicable resolution’ of the ongoing conflict in Ethiopia.

Awad was retained by Roble when he assumed office last month.