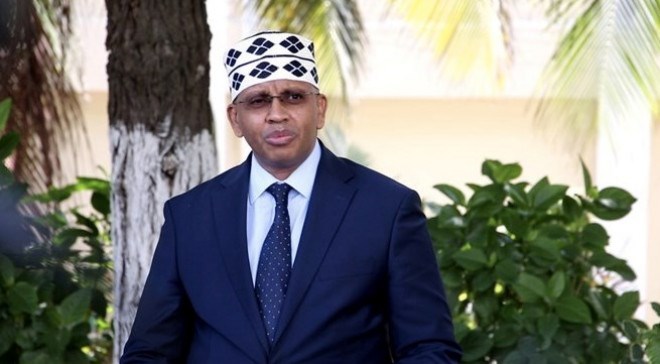 Mogadishu (HOL) – Somalia’s Minister of Information, Culture and Tourism, Osman Dubbe, has taken aim at the UAE on Sunday for its characterization of Somalia’s government in a press release issued by the Emiratis on Saturday.

“The Ministry of Foreign Affairs and International Cooperation called upon the interim government and all parties to demonstrate the highest levels of restraint in order to achieve Somalia’s aspirations to build a secure and stable future for all,” the UAE press release reads in part.

The statement also “expressed grave concern” over the violence levelled by the government against protestors.

“The United Arab Emirates has expressed its grave concern over the deteriorating situation in the Somali capital, Mogadishu, as a result of the ongoing violence and the excessive use of force against civilians.”

Speaking to reporters in Mogadishu, Dubbe said that the UAE violated international law when it referred to Somalia’s government as an interim government.

“The UAE must respect the legitimacy of Somalia’s government. They (UAE) want to see Somalia like Libya or Yemen.”

The Minister said that the UAE owed the Somali people an explanation.

Somalia’s other international partners, including the UN, AU, IGAD, and the GCC, have all issued similar statements in the wake of anti-government demonstrations on Friday that escalated to violence and resulted in ten deaths.

In a statement released on Saturday, the Somali government said it “welcomes the concern shown by brotherly nations and regional bodies” and that it agreed that it must adhere to the September 17 agreement and resolve all issues peacefully.

However, the federal government continued to blame the federal member states and foreign actors for the lack of a deal.

“Unfortunately, despite the agreement and the Federal Government of Somalia’s willingness to address concerns, the influence of external forces has remained an obstacle to finalizing the agreement to pave the way for elections.

The mandate for Somalia’s federal parliament expired on December 27, 2020, while the president’s term came to an end on February 8, 2021. 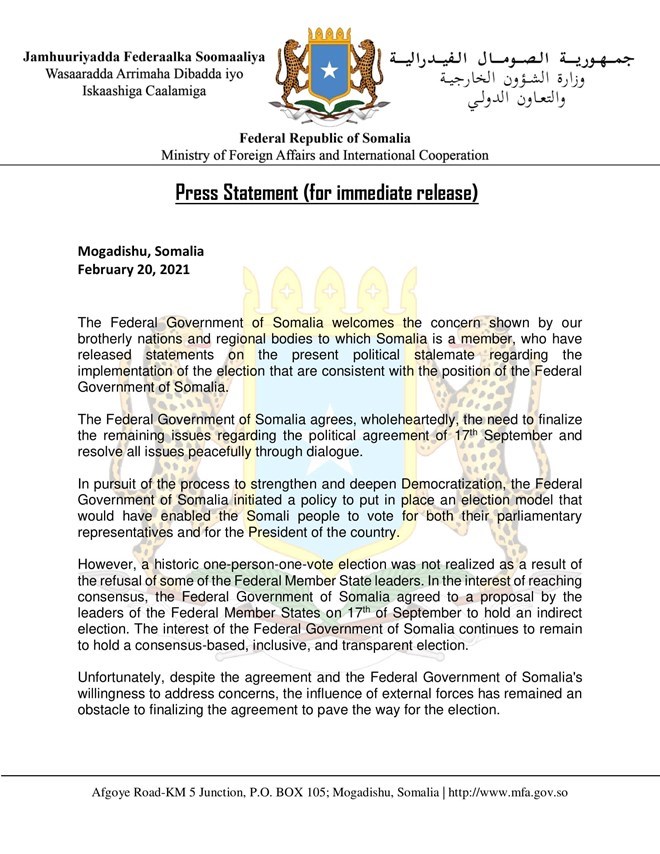 « Dilaaga aan wax laga qaban ee dadkeenna laaya!
On the brink – Why war drums are beginning to pound in Somalia »