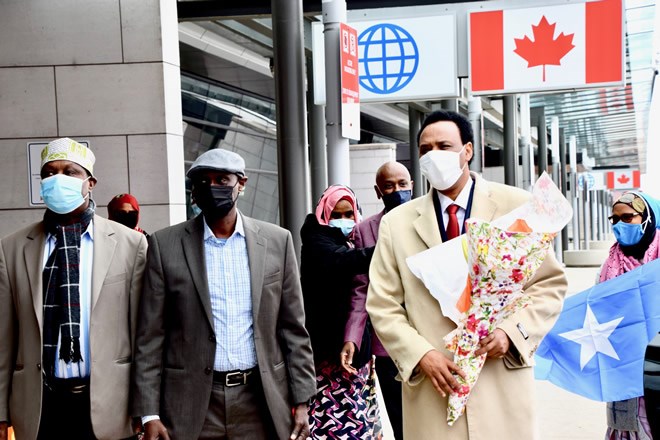 Dimbil, who hails from Borama, served as the Vice-Minister of Health in Somaliland where he campaigned against FGM.

The new Ambassador will remain in quarantine for 14 days in line with COVID19 regulations in Canada before starting his duty. He spoke to HOL on the telephone from his hotel and said that he was delighted to receive a warm welcome from the Somali-Canadian community in Ottawa. He added that he is looking forward to working on strengthening Somali-Canadian relations and economic ties.

Somalia and Canada don’t have strong trade relations.  According to the Canadian government, two-way trade between the two nations in  2018 totalled just over $9 million, with the bulk of it being Canadian exports to Somalia. Canada’s main exports in 2017 were vehicles and equipment, machinery, textiles products, plastics and rubber products and specialized instruments.  In that same year, Somalia exports totalled just $300,000 and consisted of chemical products, vegetable products and machinery. 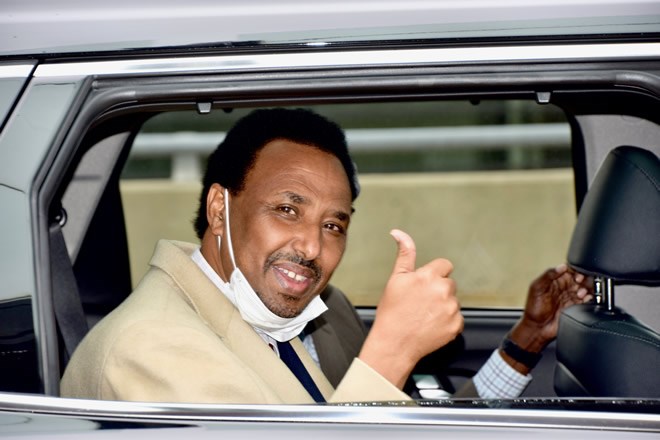 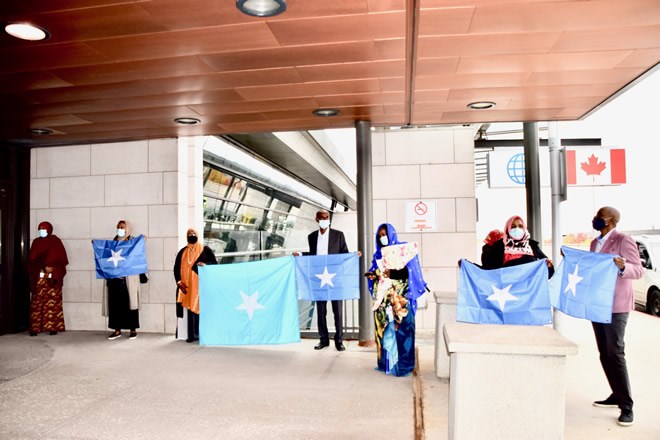 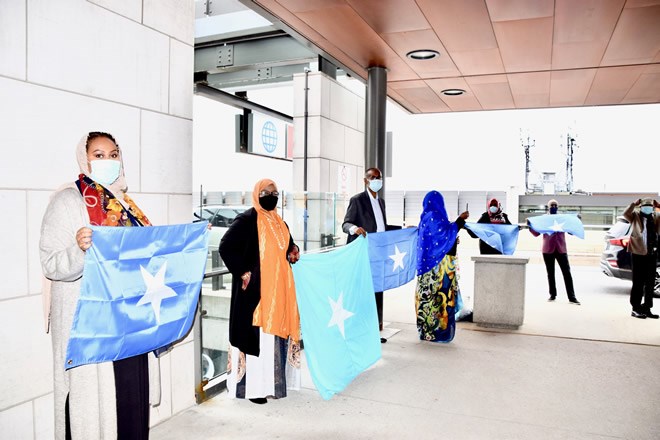 Currently, there is no resident Canadian government office in Somalia. Canadians can obtain consular services from the High Commission of Canada in Nairobi, Kenya. Dimbil stated that he hopes to change this by working on reviving the Canadian diplomatic mission in Somalia.

Canada first established diplomatic relations with Somalia in 1968 and was suspended following the collapse of the central government in 1991. Canada re-established diplomatic ties with Somalia in 2013 following the establishment of the Federal Government of Somalia. Canada currently hosts one of the largest Somalia diaspora communities globally. Somali-Canadians have retained strong links to their motherland, often returning home to hold senior positions in Somalia’s federal and regional governments.