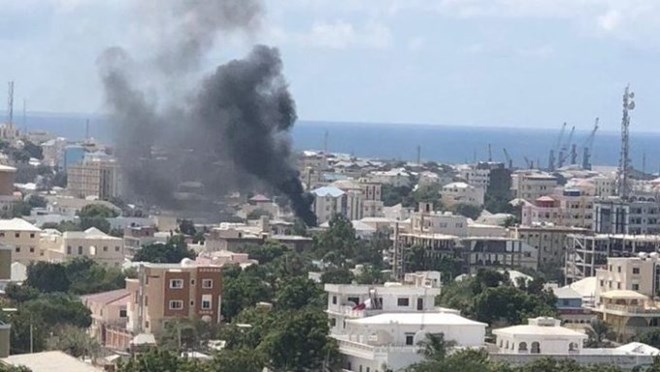 MOGADISHU (HOL) –  A suicide bomber whom police said planned to bomb a police station in Mogadishu has been arrested but after throwing off a suicide vest resulting in possible casualties.

Police spokesman Sadik Adan Ali said in a statement police got a tip-off from members of the public at about 11:25 am local time of an impending attack and were on standby.

According to the police, the man who has since been arrested threw the suicide vest at a police station in Hamarweyne after he attempted to enter the station but was stopped.

There was a heavy explosion in the area with unconfirmed reports pointing to suspected casualties.

Another police officer said the man ran after throwing the vest but was caught by immediately.

The police station is located near Hamarweyne Mall which is one of the busiest areas in the market.