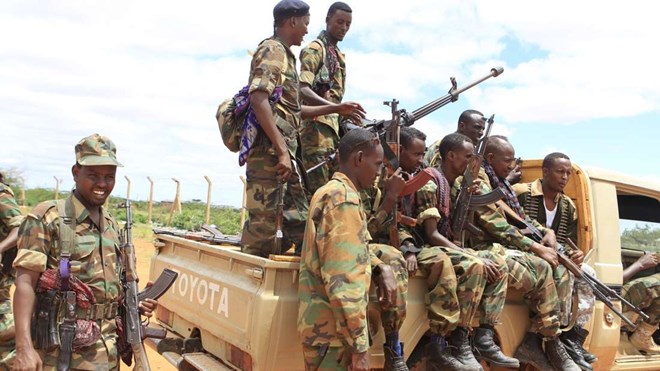 MOGADISHU (HOL) – Three Somali army soldiers were killed Sunday evening in an ambush at their base in Middle Shabelle region.

Military sources confirmed the death of three soldiers but there was no further information of injuries.

Al-Shabaab claimed responsibility for the Sunday evening attack. This adds to increasing offensives by the militant group targeting military and civilians.