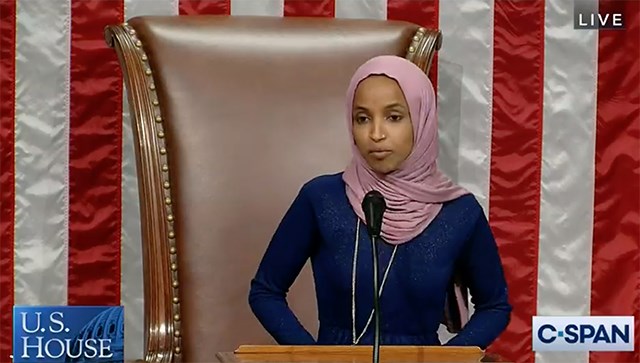 On Thursday, every single Black member of the House of Representatives voted in favor of the George Floyd Justice in Policing Act, which passed 236 to 181.

Presiding over the House floor debate was Rep. Ilhan Omar, of Minnesota’s Fifth District. The U.S. House of Representatives took up the legislation to enact reforms on policing, the body’s first such effort in the wake of the killing of George Floyd by a Minneapolis police officer at the end of May. Three Republicans voted for the bill: Brian Fitzpatrick of Pennsylvania, Fred Upton of Michigan and Will Hurd of Texas (the lone Black Republican in the House).

Meanwhile, Eighth District Rep. Pete Stauber served as the House sponsor for Republicans’ police-reform effort, a bill written by South Carolina Sen. Tim Scott, which will not receive a vote in the Senate after failing a procedural vote on Wednesday 55-45.

Marching for human rights in America

“[George Floyd’s] death will not just be another Black man dead at the hands of the police,” said Congressional Black Caucus Chair Karen Bass of California at a press conference before the vote. “Sadly, people around the world are marching for human rights in America.”

Bass’ bill would ban chokeholds by the police, set up a national database for tracking police misconduct and make it easier to pursue legal damages against police by ending “qualified immunity.”

On the House Floor on Thursday, Omar spoke in support of the bill, citing the names of Black people killed by police in Minnesota and around the country. “I rise, because so many can no longer rise,” she said. “When we build a system that is just for everyone in America, we might finally all rise.”
The bill attracted little support from Republicans, however. House Republicans argued the bill went too far, arguing that Democrats have not been receptive to House Republicans’ amendments and have refused to discuss bipartisan reforms.

Rep. Steve Chabot of Ohio, a Republican, said that Republicans and Democrats actually agree on a few things. “We ought to pass those provisions that we agree on. And continue to discuss the things that we don’t,” said Chabot. “Last week in the Judiciary Committee we offered a dozen, reasonable, thoughtful amendments to improve this bill. But every single one was rejected by the Majority.”

Chabot instead advocated for the police-reform bill written by Sen. Scott, which was sponsored in the House by Stauber.

The Senate bill offered weaker reforms than the House bill. For example, the Senate bill codified reporting requirements for “no-knock warrants,” which police use to enter homes without notification. Democrats’ bill bans no-knock warrants outright. The House Democrats’ bill also bans the use of chokeholds by police departments. The Senate Republican bill offered incentives to departments to stop use of the practice, but any bans would be voluntary. 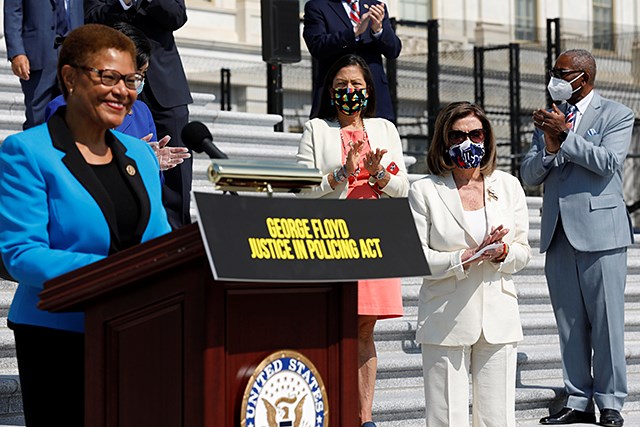 Rep. Karen Bass speaking during a press event ahead of vote on the George Floyd Justice in Policing Act of 2020 on Thursday. REUTERS/Yuri Gripas

Democrats contended that Senate Republicans’ bill was too weak to be worth passing, and Democratic senators on Wednesday blocked it from being considered on the Senate floor. Prior to the procedural vote that blocked debate, the Congressional Black Caucus issued a statement saying, “Unfortunately, instead of engaging in a serious, bipartisan, bicameral debate to address the crisis of racial injustice in policing, the Senate is considering the Justice Act, a completely watered-down fake reform bill. We urge all Senators to vote no on the motion to proceed to the Justice Act and commit to a good faith negotiation on the provisions put forward by the House in the George Floyd Justice in Policing Act.”

Stauber said that the move by Democrats to block consideration of Scott’s bill was disappointing. “By refusing the opportunity to even consider legislation on this issue, Democrat Senators have proven that they are more interested in scoring political points than enacting real reform,” he said in a statement. “Despite today’s setback, I will continue to work with Senator Scott to advance our legislation that contains pragmatic reforms to improve law enforcement nationwide.”

For organizers, even the House bill doesn’t go far enough

Arianna Nason, an organizer with MPD150, an organization working towards a police-free Minneapolis, said that House Democrats’ reforms were “a huge insult” and “a joke.”

Nasson reviewed the language prior to the bill’s release and said that much of what it promises has already been enacted on a local level. “If you look at every single one of these points and then you just put it in quotes, do a Google search of a city with [one of the House Democrats reforms], it will already show you all of the cities that have all of these reforms in place already,” said Nason. 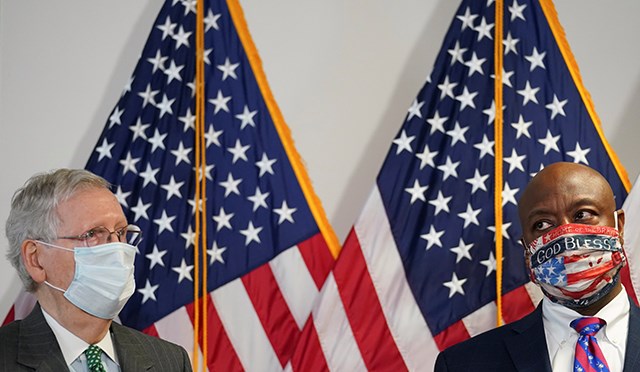 “We need to be funding more social workers, educators, and public health workers instead of funneling more money toward the police,” Kandace Montgomery and Miski Noor, members of Black Visions Collective in Minneapolis, wrote for Vox earlier this month.

But Bass has been critical of such demands, telling the Washington Post that “defund the police” is “probably one of the worst slogans ever.” Rather than heeding calls to shift money from police to social services, Bass proposed community organizations take advantage of grants.

Omar called the George Floyd Justice in Policing Act a “first step” in a much longer process.

“This legislation is an important step in the right direction, but we can’t stop here,” Omar said. “We must heed the calls of the people who are impacted by police brutality daily and restructure broken police departments across our country. Let us not ignore the voices of those taking to the streets to demand justice. Let us reimagine a public safety system that prioritizes the health and well-being of all Americans.”

Although the The George Floyd Justice in Policing Act passed the House on Thursday, the lack of Republican support for it means its future in the Senate is dim, likely to join a host of other bills sitting on Senate Majority Leader Mitch McConnell’s desk, never to receive a vote.