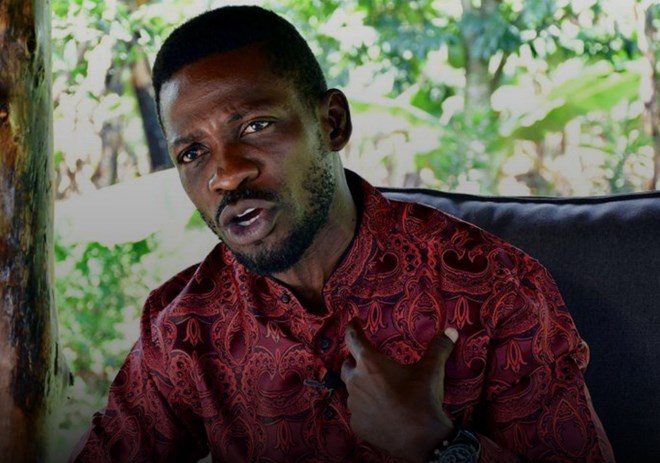 Ugandan opposition presidential candidate Bobi Wine said soldiers raided his home on Tuesday and arrested his security guards, two days before an election pitting the singer-turned-lawmaker against one of Africa’s longest-serving leaders.

“The army has this morning raided my home, arrested all my security guards and anyone they could see around my premises,” Wine, who is the opposition frontrunner, said on Twitter. No reason for the arrests was given, he added.

Kampala police spokesman Patrick Onyango denied any arrests had been made, telling Reuters: “We were just rearranging our security posture in the area near his home, specifically removing some checkpoints.”

A spokesmen for the military did not respond to a phone call seeking comment.

The incident occurred while Wine was doing a live radio interview with Kenya’s Hot 96 FM station. “We are being raided by military,” Wine said. “I have to end the interview because I can see soldiers beating my security guards.”

Ugandans vote on Thursday in presidential and parliamentary elections.
Wine, whose star power has rattled the ruling party, is the frontrunner among 10 candidates challenging President Yoweri Museveni, a former guerrilla leader who seized power in 1986.

Scores of opposition protesters have been killed during a campaign marked by crackdowns on Wine’s rallies which the authorities say contravene curbs on gatherings to stop the spread of COVID-19. Wine has been arrested multiple times while campaigning.

While Museveni, 76, has long been seen as a stabilising force in Uganda after the brutal reigns of two military dictators, opponents say his government has become riddled with corruption and nepotism.

Wine also said in a separate post on Twitter that soldiers raided the home of one of his aides overnight and took the man to an unknown destination.

Museveni announced on Twitter that he would address the nation at 7 p.m. (1600 GMT) on Tuesday.
On Tuesday morning, many people reported being unable to access Facebook. During the previous election in 2016, social media – Facebook and WhatsApp – were shut off for days around the vote.

Uganda Communications Commission spokesman Ibrahim Bbossa did not respond to a phone call seeking comment. A spokesman for Facebook in Nairobi did not immediately reply to a request for comment.

Wine and his supporters have using Facebook to relay live coverage of his campaigns, press conferences and other events after he said many media outlets were declining to host him due to pressure from the government. Most radio and TV stations are owned by government allies while also the country’s largest circulating daily is state-run.

Facebook on Monday announced it had taken down a network in Uganda linked to the ministry of information for using fake and duplicate accounts to post ahead of the election.

At a press conference on Tuesday, Wine and two other opposition candidates – Patrick Amuriat and Mugisha Muntu – urged Ugandans to turn out and “protect their vote” by staying at polling stations to observe counting afterwards.