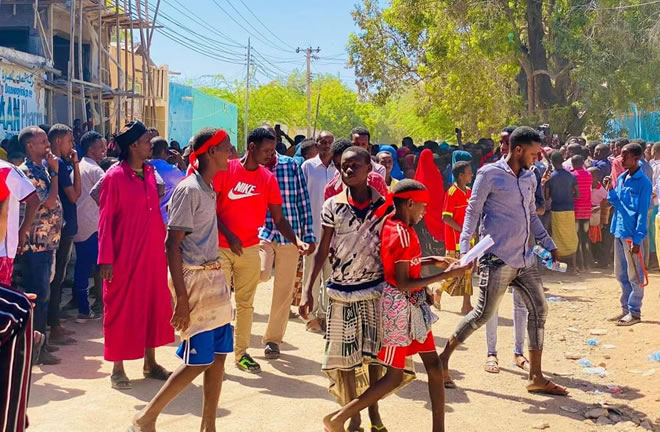 The ways in which countries that had recently emerged from social upheaval into more democratic forms of rule chose to confront – or not to confront – their less democratic pasts differs greatly.

Usually, a major source of discord is a disputed election outcome; it triggers a political and institutional crisis out of which armed groups might further exploit to undermine the state.

In the case of Somalia the 1969 bloodless revolution the military force overturned the civilian state accused of rigged election and of corrupted governance.  They established a very centralized system for 21 years that wiped out all resemblances of democratic elections.

The military regime employed the strategy of correcting the civilian government’s corrupted system by setting up an authoritarian one and totally halting all sorts of election whether fair or rigged.

At this juncture of Somali history the 2012 Provisional Constitution illustrates the chosen Parliamentary system of governance. Our Parliament of 275 Members is s/elected through the 4:5 power sharing formula while the 54 Upper House Members are nominated by the Member States. Together they shall elect the President who in turn will nominate the Prime Minister who will establish his Ministerial Cabinet.

This seems quite straightforward and simple process, however, the current climate for the 2021 s/election of the Parliament and the President appears deeply frightening.

Although this was a temporary ‘gentlemen’s agreement’ with no legal basis and clouts it has become a convenient electoral system. The 4:5 system will be once again employed for the 3rd time in the upcoming s/election of the next Parliament and the s/election of hand picked and favourable Members of Parliament is of vital importance for anyone who is seeking the President’s seat.

This is why and how Hiiraan region becomes a pawn in hands the  governments in charge. Hiiraan region as the sole surviving region out of the 8 original regions witnessed during the military regime the split of remaining 7 into 17 regions. What were the narratives on this historical injustice?

Hiiraan is the only territory in the whole Somalia that can claim the legal status and title of ‘a region’ because the 17 ‘pseudo-regions’ are indeed the fraction of the original 7 ones. No regard was paid to this fact in the narratives of shaping the Hirshabelle State 1 and 2.

Hiiraan region was forced to pair with Middle Shabelle and form the HirShabelle State in 2016. Were the Hiiraanian people on board on this partnership? The narrative employed by the Somali government was the implementation of the impeding s/election that made possible the election of President Hassan Sheikh.

I am not in position to claim reporting all facts that made the Hirshabelle State the only failed state within the federal system Somalia to date.

However facing the prospect that by Feb. 2021 a new President or the current one, have to be sworn to highest office, the strategy employed here is to rush up once again the establishment of  Hirshabelle State 2.

But this time coercing Hiiraan region into a phony partnership has totally backfired.  Ordinary people have rejected the Federal government’s s/election of HirShabelle Parliament and its President.

People demonstrated for days, and still are but the government tried to crush it through arbitrary detentions and use of excessive force including live bullets from the local police and AMISOM troupe.  These actions amounted to violation of Constitutional safeguards and the culture of impunity are no more in a democratic society.

They are now demanding the redress of 48 years of historical injustice.

Several options are on the table for anyone who would try to mend this injustice:

2                  As per Art. 48(2) Hiiraan region would opt submitting itself for 2 years to the administration of the Federal Ministry of Interior thus allowing time for reconciliation and reaching a consensual decision for any future partnership.

3                  By validating the 2012 Presidential decree that divided Hiiraan into 2 regions: Hiiraan and Upper Shabelle regions it will offer the possibility of establishing a new federal state (Hiiraan State). This will be in harmony with the Provisional Constitution on the 2 regions partnership requirement.

I conclude by stating that history has always shown leaders never gave action on inequality, but come through people’s organizing.

Asha-Kin F Duale is human Rights Lawyer. She can be reached at [email protected]