We will soldier on with protests, Somali opposition vows as electoral talks fail 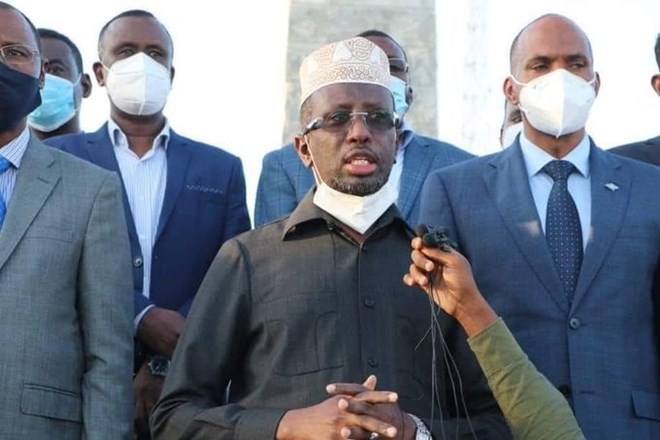 MOGADISHU (HOL) –  The opposition in Somalia has vowed to proceed with demonstrations against President Mohamed Farmaajo whose term in office lapsed early this month as the country stares at uncertainty over the delayed elections.

Addressing the media in Mogadishu Monday, the opposition leaders said they will go on with the protests to force Farmaajo out of office.

Sharif however distanced the opposition from former military chief Yusuf Indha-Ade’s remarks who claimed last week the opposition had taken control of the country until a new government is formed.

Abdishakur lashed out at the international community for ‘watching and ignoring the brutal incidents of 19 February in Mogadishu.’

The opposition leaders lauded Puntland and Jubbaland for their stance in refusing to attend the electoral talks with Farmaajo in Mogadishu.

The remarks come several hours after the opposition petitioned the UN Security Council to intervene is removing Farmaajo from office to allow for a caretaker administration until elections are conducted.