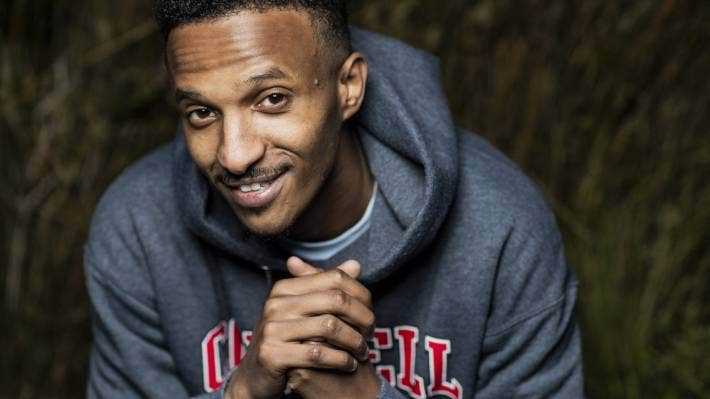 Wellington is missing out on the untapped potential of its migrant communities in the fight to revive its post-Covid economy, former refugee and Fulbright award winner Guled Mire says.

The Wellington-based policy advisor and community advocate was one of seven panellists who offered their thoughts on the capital’s future at the Wellington: Next economic forum held on the city’s waterfront on Friday.

Mire was born in Somalia and spent time at a refugee camp in Kenya before coming to New Zealand. He won a Fulbright exchange award earlier this year to study at Ivy League-listed Cornell University in New York.

When asked at the forum what single thing needed to happen for Wellington to position itself for the future, Mire said the city needed to consider the “economic case” of discrimination and racism.

It needed to maximise its “diversity dividend”, making diverse groups feel at home and included in the capital, he said.
“If we don’t get that right, we are actually missing out, and you risk not making the potential economic gains and [achieving] the future of Wellington that we want to shape.

“Wellington, we know, is increasingly diverse, but when you look now at such an important conversation like this, and who’s in the room and who’s around us, we really need to do better.”

Mire moved from Auckland to Wellington for public sector work and “struggled for the longest time to feel that this was home”.

“I kept going back to Auckland every weekend, as [often as] possible. I missed the diversity, I missed just seeing the different experiences that were all around me.

“And [Wellington] did really feel like a very white city. I just would walk around and I’d be like, ‘Oh my God, I’ve never felt so black in my life before’.

“That risks … us losing potential highly-talented citizens to other parts of New Zealand.

“I speak a lot in my work about racism and discrimination, and there’s a moral case, obviously, for addressing the issue of racism.

“But what often isn’t talked about is the economic case.”

Another panellist, Liz Mellish, who holds positions on numerous boards and trusts from Wellington to Palmerston North, said the capital need to set a new vision.

“It ain’t great when sewage suddenly appears in the harbour and there’s a humpback whale or a pod of dolphins going past.”

“My view is, that specific vision should be anchored on ‘a city of ideas’.”

But Professor Allan Bollard, a former Commerce Commission chairman and Secretary to the Treasury, said New Zealand had often been guilty of too much talk and not enough action.

It was the country in the OECD that “consults the most and has the most visions, but we don’t actually deliver”.

There were many people on “good salaries” could not afford to live in Wellington, he said.

Wellington Mayor Andy Foster, who organised the event along with economic development agency WellingtonNZ, said the discussion would contribute to the council’s economic strategy.